Spread over seven floors, Sydney House Chelsea has 21 stylish, double bedrooms with quality and comfort at their core. 'The Room at the Top' boasts its own private roof garden with stunning views over South Kensington, Chelsea and beyond.

A well-kept secret, just off Fulham Road, the hotel is located on the doorstep of some of the best museums, exclusive shops and fabulous restaurants with South Kensington Underground station just a few streets away.

Breakfast at Sydney House Chelsea is an experience not to be missed. Guests can choose from the French-style morning feast  or for those with a hearty appetite, fluffy American pancakes served with sweet maple syrup and organic berries, or a perfectly cooked full English breakfast.

A WARM WELCOME FROM THE BROWNSWORD FAMILY

"Welcome to our charming, stylish townhouse in a vibrant Chelsea neighbourhood" 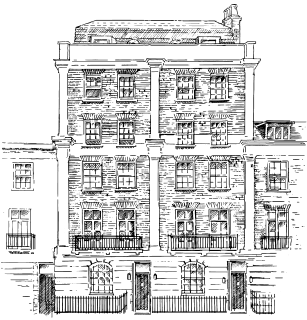 A discreet, Georgian townhouse located just off the Kings Road, Sydney House Chelsea is part of the AA Hotel Group of the Year 2017-18 and offers understated, contemporary style in a vibrant neighbourhood. Its intimate atmosphere, typical of a bijou Chelsea pied-à-terre, is finished with a fresh, bright and modern aesthetic, and the hotel is favoured by many as an invaluable London bolt hole.

Built in 1829 as two townhouses, the Grade II listed buildings were converted from private residences into a hotel in the 1980’s. As the tallest building on the street, taking prominence over its neighbours, it was named Sydney House.

Andrew and Christina Brownsword bought Sydney House Chelsea in 2001. It became the second hotel in their collection, seven years after the purchase of The Bath Priory.